A place to see buffalo

In 2004, after a 67-year absence, a bison image once again returned to U.S. currency on the nickel coin.  It was one of four temporary designs in the Westward Journey nickel series commemorating the Lewis and Clark expedition bicentennial.  For 26 years, from 1913-1938, the five-cent nickel had  depicted the 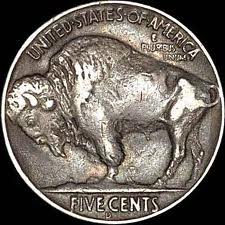 The bison, like the bald eagle, holds an iconic place in the American psyche and its story is one of near extinction and re-birth.  The American bison, commonly

called the buffalo though unrelated to both the African and Asian buffalos, once roamed large areas of the North American continent but gradually came to represent one region: the U.S. West.  Many of the early Western explorers like Lewis and Clark were awestruck at the huge herds they encountered.

I originally became fascinated with buffalo when I worked on a Web activity for the National Museum of American History.   I agree with writer Padgett Powell who said “…they have the huge rump-like hump, the giant head, the eyeball the size of a billiard ball. What is not to like?”

I set a goal to see buffalo in the wild, not an easy goal to achieve. Today, a visitor to the West must know where to look.  Various herds exist on private ranches scattered throughout the West.  A number of state and federally owned herds dot the Western landscape.

A trip to Utah finally brought the buffalo magic of which I had dreamed.  Antelope Island, the largest island in the Great Salt Lake, is linked by a narrow causeway to the mainland.  Since 1981 the entire island, about the size of the District of Columbia, has been a state park.  The arid and barren windswept landscape is a hiker’s paradise and its otherworldly topography conjures comparisons to lunar landforms.  On a winter ski trip to the area, I convinced a friend to visit Antelope Island hoping to get a glimpse of what the American West might have looked like.  I had read that Antelope Island state park is home to one of the largest publically owned buffalo herds in the world, averaging over 500 animals. The herd dates to 1893 when the island’s owner managed to transport 12 bison to the island. It is one of the oldest herds in the country and possesses unique genetic characteristics. Careful management has allowed the herd to thrive and an annual roundup takes place each October.  Horsemen and helicopters drive the herd to corrals on the northern part of the island where veterinarians check each animal’s health and ensure updated vaccinations. To control the number, excess animals are sold at auction and shipped off the island. 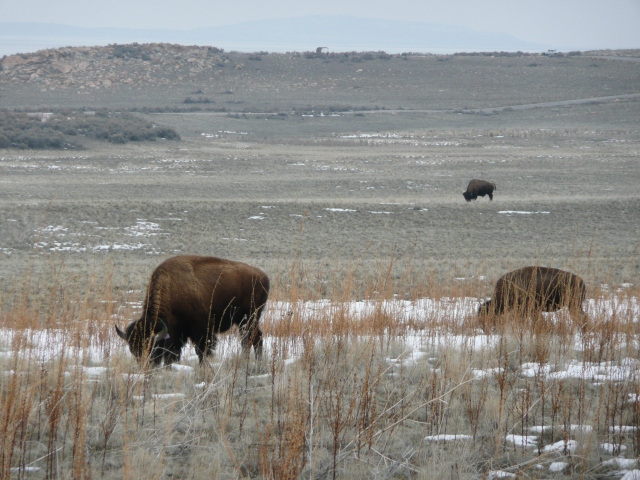 As we drove along the desolate park roads, I kept my eyes peeled for dark shapes with humps.  On occasion we saw dots in the distance and finally we came upon several buffies grazing contentedly across the fields.  It was a memorable scene ― low mountains surrounding us, the Great Salt Lake melting into a haze on the horizon, a landscape devoid of the trappings of civilization with shaggy buffalo contentedly munching on grass―my magical moment at last.

Check out a Web activity that highlights the history of the buffalo and the northern Plains Indians.  http://www.americanhistory.si.edu/buffalo/

Author, public historian, and consultant. Author site: timgrove.net - My fifth book, Star Spangled: The Story of a Flag, a Battle, and the American Anthem, was published in May 2020. Consulting site: grovehistoryconsulting.com I specialize in exhibition development, interpretive planning, education strategy, and history relevance. I'm passionate about helping history organizations of all sizes and kinds make history more relevant for their communities and the people they engage with. I'm happy to consider many types of writing projects for informal learning organizations. Reach me at tim@grovehistoryconsulting.com or authortimgrove@gmail.com
View all posts by Tim →
This entry was posted in 19th century, Native American, West and tagged Antelope Island, buffalo, UT. Bookmark the permalink.

3 Responses to A place to see buffalo