I would venture a guess that most people outside of Philadelphia have never heard of Washington Square, a 6.4 acre park sitting diagonal on the city grid from Independence Hall, birthplace of the United States.  This vast grassy park is surrounded by towering apartment buildings, nineteenth-century townhouses, and historic office buildings such as the 1910 Curtis building, a historic center of publishing in America (Saturday Evening Post, Ladies Home Journal, Jack and Jill). I’ve always been fascinated with the history of this urban oasis.

The Square is one of the five squares laid out in 1682 by the city’s founder William Penn. Originally called Southeast Square (one source says Quakers did not name parks for people), the name was changed to honor America’s first president George Washington in 1825.  In the 1950’s it finally got a statue of the man, part of a monument to the soldiers and sailors of the American Revolution. A bronze cast of sculpture Houdon’s George Washington stands as the focal point. Beneath the statue is the Tomb of the Unknown soldier of the Revolutionary War with an eternal flame burning in front.

The Square served many purposes over the years beginning as a potter’s field, where the bodies of the poor and strangers were buried. In the early years it was also recognized as decent pasture land and cows and other animals grazed  in the shadow of Pennsylvania colony’s state house. By 1776 in the early years of the

American Revolution, dead soldiers from the patriot armies were buried in mass graves in the square. John Adams wrote a sad letter to his wife Abigail on April 13, 1777. “I have spent an hour, this morning, in the congregation of the dead. I took a walk into the Potters Field, a burying ground…and I never in my whole life was affected with so much melancholy.” The British occupation of the city later that year led to horrific conditions in the Walnut Street jail which sat along the edge of the square. As prisoners died, more graves filled the square. By this point it seems it was a cemetery without the official designation.

The year 1793 brought two very different events.  The year started with the first human flight in the Americas. With President Washington in attendance along with future presidents Adams, Jefferson, Madison and Monroe, French aeronaut Jean Pierre Blanchard ascended in his hot-air balloon from the Walnut Street Jail yard, floated over Washington Square and landed across the Delaware River in New Jersey.  Later that year one of the most severe yellow fever epidemics in American history hit the city and again the square became a burying ground. At this point one would conclude that the place was saturated with corpses.

But the neighborhood gradually improved after 1815 and became a respectable  and even fashionable area to live.  A tree-planting program helped to beautify the space and varied events like cattle markets and camp meetings livened up the area.

The Square holds a place in my personal history too: I came out of a friend’s house and to my horror, my car, which had been parked along the Square, was gone… the first time my car was towed from a parking space unexpectedly (getting it back was a nightmare); and the closest I ever got to President Reagan, I was standing in Washington Square and saw his motorcade go by during the celebration of the Constitution’s bicentennial.

In the latter part of the 20th century the park had become unkempt and unattractive. Thankfully, the National Park Service took over care of it in 2005 and today it has been restored and is   part of Independence National Historical Park.

Walking tour of the Square 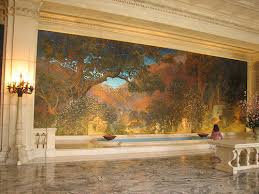 Author, public historian, and consultant. Author site: timgrove.net - My fifth book, Star Spangled: The Story of a Flag, a Battle, and the American Anthem, was published in May 2020. Consulting site: grovehistoryconsulting.com I specialize in exhibition development, interpretive planning, education strategy, and history relevance. I'm passionate about helping history organizations of all sizes and kinds make history more relevant for their communities and the people they engage with. I'm happy to consider many types of writing projects for informal learning organizations. Reach me at tim@grovehistoryconsulting.com or authortimgrove@gmail.com
View all posts by Tim →
This entry was posted in 17th century, 18th century, 19th century, American Revolution, cemetery/grave, city/town, national park, President and tagged George Washington, PA, Philadelphia. Bookmark the permalink.

3 Responses to Washington Square in Philly