In London, directly across the Thames River from the O2 arena sits a rather obscure memorial, lost among the high rise apartment buildings surrounding it. A passerby might think it’s a modern sculpture of sorts. It’s a pile of gray stones sitting on top of a granite plinth. Large gold letters engraved into the side read “Virginia Quay.” The pile is topped by an ancient mariner’s instrument called an astrolabe. The sculpture is well of the beaten tourist path, in an industrial turned residential area of east London. 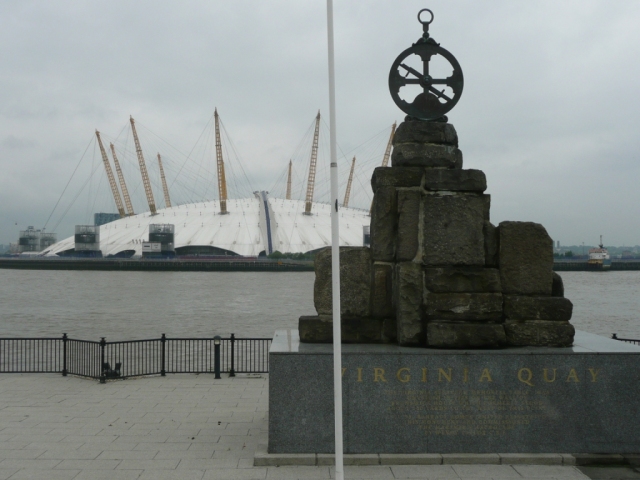 I took the tube to the light rail one day and got off at East India  station. From there it’s only a short walk toward the river.

Called the Virginia Settlers Memorial, the monument marks the nearby site where on December 19, 1606 three small ships laden with supplies and 105 “adventurers” set off on a journey west. Their destination was Virginia, their goal was to create an English outpost in the New World from which to profit from the natural resources of America and reward the Virginia Company of London, a group of investors. If they could establish a foothold on the continent for England, they might also be able to find a northwest passage to the Orient. And if a few natives were converted to Christianity along the way, that would be a bonus.

They sailed that day not knowing what their future held, not 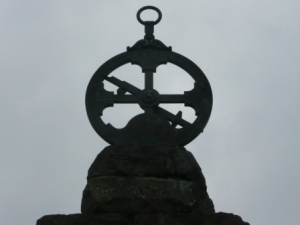 knowing if they would reach their destination, but probably realizing there was a good chance they would never set foot on England soil again. An earlier attempt at British settlement in North America twenty years earlier ended up in disaster, the colony disappeared.

Perhaps they also knew of Spain’s attempts to establish a mission in Virginia. Spain had gained a foothold in the present-day eastern United States with the establishment of St. Augustine, Florida founded in 1565 as the capital of Spanish Florida. It is the oldest continuously occupied European settlement in the continental United States. Five years later, the Spanish Jesuits eyed territory in present-day Virginia.  They planned to establish an unfortified mission on the Virginia peninsula, the site has not ever been determined. This Ajacán Mission ended in the massacre of the Spanish, who abandoned plans for future settlement in the Virginia area.

The monument stands today because, against all odds, they survived and their story set the foundation for what has become the United States of America. 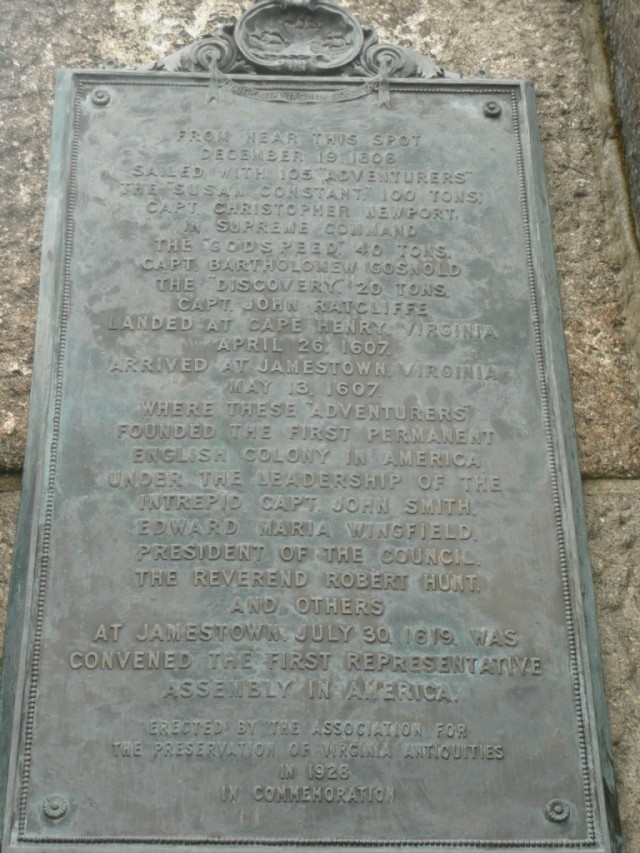 Author, public historian, and consultant. Author site: timgrove.net - My fifth book, Star Spangled: The Story of a Flag, a Battle, and the American Anthem, was published in May 2020. Consulting site: grovehistoryconsulting.com I specialize in exhibition development, interpretive planning, education strategy, and history relevance. I'm passionate about helping history organizations of all sizes and kinds make history more relevant for their communities and the people they engage with. I'm happy to consider many types of writing projects for informal learning organizations. Reach me at tim@grovehistoryconsulting.com or authortimgrove@gmail.com
View all posts by Tim →
This entry was posted in 17th century, exploration, International, pre-America and tagged England, Jamestown, London, memorial, UK. Bookmark the permalink.

3 Responses to A little known monument in east London