Think you know American history? You may be wrong. 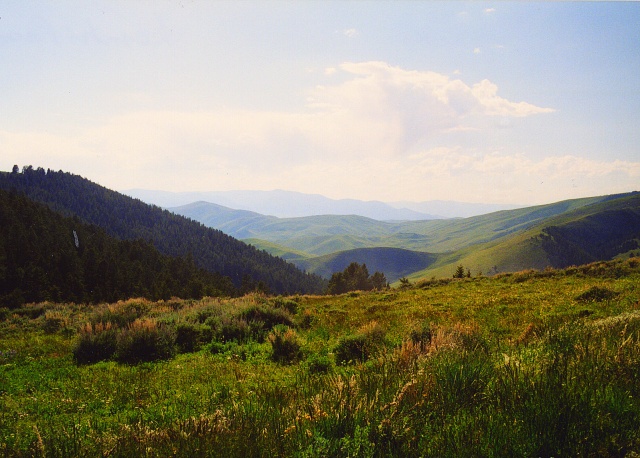 In honor of American Independence Day, enjoy these 4 myths, as told in A Grizzly in the Mail and Other Adventures in American History

She sits with the Founding Fathers on the Fourth of July parade float,in colonial costume, a mobcap on her head and a thirteen-star American flag draped over her knee. Most American children know her by name: Betsy Ross, the woman who sewed America’s first stars and stripes. But  historians have found no definitive documentary evidence to support the story that Betsy sewed the first flag at the request of General Washington. Yes, she was a well-known seamstress in Philadelphia at that time, and she knew various members of Congress. Yes, she sewed flags. But the crucial link to this notable first, a solid piece of historical evidence, a letter, receipt, newspaper article, is missing. If she were alive today, she would likely be surprised to hear her story. Historians credit her grandson, William Canby, with manufacturing the legend in 1870. Unfortunately Mary Pickersgill, another seamstress from Philadelphia, didn’t make the history books. She sewed the Star-Spangled Banner . Read more of the story here.

According to the popular story, in 1793 Eli Whitney 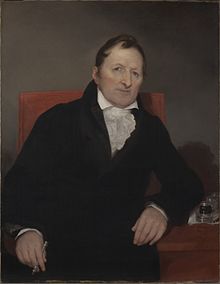 invented the cotton gin, which successfully removed the seeds from short-fibered cotton. The machine transformed the agricultural south as cotton quickly became a profitable crop across the southern United States. Harvesting the plant remained labor intensive, and thus slave labor followed the gin. Given this story, two implications might seem obvious: first, before Mr. Whitney’s gin, people cultivating cotton around the world separated the seeds and fiber by hand, and second, prior to Whitney’s invention the British textile manufacturers relied on cotton ginned by hand. Yet these assumptions are wrong. For millennia prior to Whitney, cotton-producing cultures around the world were using something called a roller gin to remove seeds from cotton. Historical fact shows that cotton gins have been used in some form or another since the first century. Whitney invented a cotton gin.

Signs along the Lewis and Clark Trail thoughout the west show Sacagawea, arm outstretched pointing the way as if she were giving the explorers directions to a restaurant. In reality, since they spoke different languages, Sacagawea and members of the expedition could not communicate directly. Sacagawea, Sacajawea, or Sakakawea (the pronunciation varies according to tribal affiliation) was a pregnant teenager when they met, wife of Toussaint Charbonneau. Lewis and Clark wrote that she was a Shoshone girl who had been captured by the Hidatsa in a war raid. They recognized her language skills and knew they would need to find and communicate with the Shoshones in order to obtain horses to cross the mountains. The journals record her various contributions to the group: identifying edible plants like wild artichokes along the way, gathering root foods, which provided a balanced diet, and, when the Corps finally reached her tribe’s homeland, recognizing various landmarks that could confirm their location. She helped secure horses, but was definitely not a guide. Historians just don’t know much about the woman, since she left no record. Currently on the dollar coin, Sacagawea remains a mystery. Read about the view from Lemhi Pass. Read about a recent Lewis and Clark anniversary. 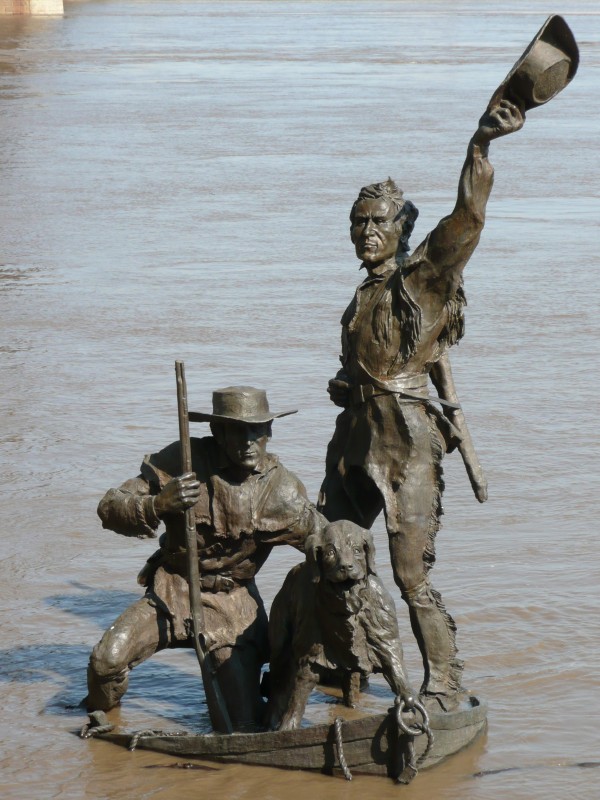 Lewis and Clark statue, St. Louis, MO (Mississippi River at flood stage. The statue has since been moved farther from the river)

Most Americans have heard of Francis Scott Key, lyricist of the National Anthem. During the War of 1812 as the British military commenced attack on Baltimore on September 13, 1814, Key found himself behind enemy lines with a front-row seat to the battle. Hired to facilitate the release of a friend captured by the British a few days earlier, Key and the U.S. government’s prisoner-exchange agent found the British fleet on the Chesapeake and enjoyed the hospitality of the British officers. When the release was finalized, the British detained them because they had undoubtedly overheard plans for the attack. The British promised to release the Americans when the military operation was completed. Forced to watch the naval battle unfold from a boat about eight miles downriver from Fort McHenry, Key could see barges firing bombs and whistling Congreve rockets into the sky. In the early hours of the morning, Key eagerly peered through a telescope and saw Mary Pickersgill’s American flag flying over the fort. Inspired by the sight, he began to write. Key published the poem, titled the “Defence of Fort McHenry,” in a broadside several days after the battle, indicating it should be sung to a popular British tune, “Anacreon in Heaven.” This tune was not a drinking song but the club song of an eighteenth-century gentlemen’s musical club, the Anacreontic Society. Newspapers up and down the East Coast printed the song and the Star-Spangled Banner grew in popularity, until it became the official national anthem of the United States in 1931. History mystery: what happened to Francis Scott Key’s house? Read here.  Read more about the battle here.

Check out my new book A Grizzly in the Mail and Other Adventures in American History.

Author, public historian, and consultant. Author site: timgrove.net - My fifth book, Star Spangled: The Story of a Flag, a Battle, and the American Anthem, was published in May 2020. Consulting site: grovehistoryconsulting.com I specialize in exhibition development, interpretive planning, education strategy, and history relevance. I'm passionate about helping history organizations of all sizes and kinds make history more relevant for their communities and the people they engage with. I'm happy to consider many types of writing projects for informal learning organizations. Reach me at tim@grovehistoryconsulting.com or authortimgrove@gmail.com
View all posts by Tim →
This entry was posted in 18th century, 19th century, exploration, fort and tagged Lewis and Clark, MD. Bookmark the permalink.

3 Responses to Think you know American history? You may be wrong.