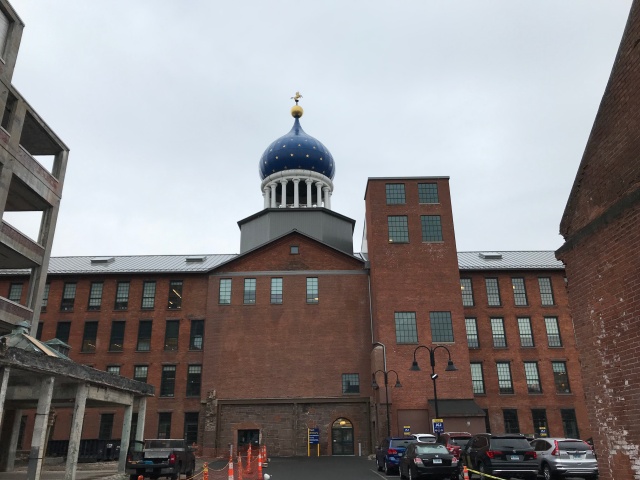 The core of the Coltsville site, today under development for adaptive reuse.

I’d never seen a national park in development so I seized the opportunity at a recent conference I attended in Hartford, Connecticut. If all goes as planned, Coltsville National Historical Park will one day preserve a major manufacturing story of America. Built by Samuel Colt in 1855, it was the largest armory in the world and at one point produced 1000 guns per day. The historic complex is now in a quiet industrial/residential area at the edge of Hartford. It consists of private and public buildings abandoned when the factory moved west of town in the 1990s. The blue Onion Dome topped with a rearing colt sculpture rises above the site, a symbol for the company and a signature of the city’s skyline. In December 2014 Congress designated this a “partnership park.” The National Park Service (NPS) is working to establish a future park, decide its scope, secure NPS ownership of buildings, and work with a private real estate developer who is rehabilitating the main factory complex in an ambitious effort of adaptive reuse. 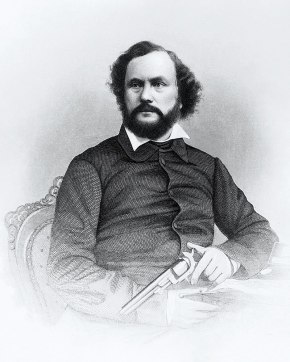 Many historians credit Colt with starting a second industrial revolution in the United States, combining interchangeable parts, precision machining and the assembly line to create “The American System of Manufacturing.” This system was used for many other products including bicycles, sewing machines and typewriters.

Hartford resident Mark Twain described the factory on a visit in 1868:

“… The Colt revolver manufactory is a Hartford institution… It comprises a great range of tall brick buildings, and on every floor is a dense wilderness of strange iron machines that stretches away into remote distances and confusing perspectives – a tangled forest of rods, bars, pulleys, wheels, and all the imaginable and unimaginable forms of mechanism… It must have required more brains to invent all these things than would serve to stock fifty Senates like ours.” 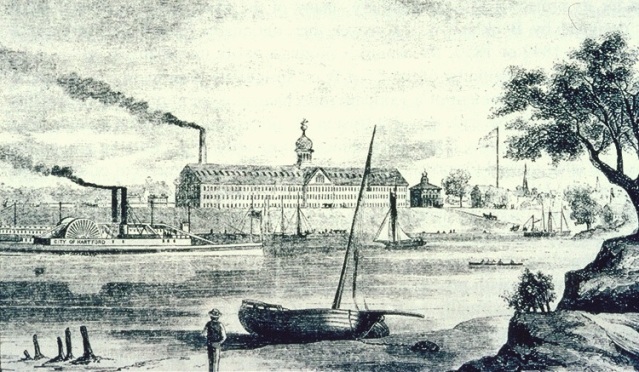 Colt’s armory from an 1857 engraving, Library of Congress

On a rainy day a group of about twenty public historians dutifully followed three park rangers into the site located within walking distance of the convention center. Conceived of as a city within a city, the sprawling site includes the factory complex, the privately-owned Colt mansion named Armsmear (Colt’s dream house built for his bride), Colt Park, a recreational area inspired by Hartford native Frederick Law Olmstead (designer of New York’s Central Park), the Modern Gothic style Church of the Good Shepherd (built by Elizabeth Colt as a memorial to her husband), a historic community center (built as a memorial to Colt’s son), four supervisor houses (privately-owned) and ten remaining worker houses (multi-family houses, now privately-owned). 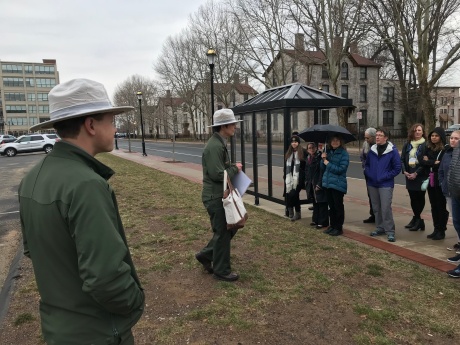 Our group in front of the worker houses.

The company’s story is one of innovation and manufacturing. A Hartford native, Colt traveled the world marketing his Colt revolver, a six-bullet shooter that changed the military.   After Colt’s death in 1862, the company would continue to develop and produce new inventions such as the Colt 45 revolver, “the gun that won the West,” and the Gatling Gun, a rapid-fire repeating weapon. During the Civil War, the Colt factory supplied the Union Army with half a million firearms.

Another person at the center of the story is Colt’s wife, Elizabeth.  Upon Colt’s death at age 47 in 1862, Elizabeth inherited a controlling interest int he company and stayed involved with its activity for the next 39 years. Her influence at the company and around Hartford did much to bolster the Colt name in the city and to ensure her husband’s legacy. She worked with famous architects, artists and cultural institutions for the benefit of Hartford.

As the NPS works with the community to plan for the park, it must find answers to many important questions.  One is what stories the future site should tell. Another is what should the site’s relationship be with the city of Hartford, a community racked with a culture of gun violence. Also, how might the park service partner with organizations in the community to build a resource that will benefit all?

These are difficult questions, and during an evening program in one of the city’s many historic churches, a panel of community leaders discussed them. There are no easy answers and it was obvious that residents are hurting. History is complex, as is modern politics. Topics like the history of gun manufacturing and the consequences of gun culture are extremely sensitive for any national park site to tackle. Ultimately it seems the goal is to preserve a piece of America’s history, tell relevant stories, and produce products that promote healing and education. Underlying it all might be the question of how far can a government entity go with telling America’s tortured history with firearms? Can this be the place to educate? Could it navigate the topic well enough to present multiple perspectives and leave all sides of a complex issue satisfied?

That is the unenviable task for the park staff and one that is a fascinating challenge for those of us in the public history field who seek to find lessons in the past and use them to inform the present and change the future for the better. 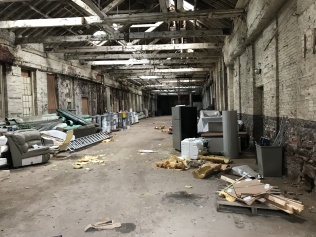 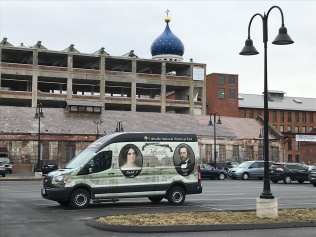 Related posts about America’s manufacturing past:

Gunpowder along the Brandywine

Author, public historian, and consultant. Author site: timgrove.net - My fifth book, Star Spangled: The Story of a Flag, a Battle, and the American Anthem, was published in May 2020. Consulting site: grovehistoryconsulting.com I specialize in exhibition development, interpretive planning, education strategy, and history relevance. I'm passionate about helping history organizations of all sizes and kinds make history more relevant for their communities and the people they engage with. I'm happy to consider many types of writing projects for informal learning organizations. Reach me at tim@grovehistoryconsulting.com or authortimgrove@gmail.com
View all posts by Tim →
This entry was posted in 19th century, city/town, industry, military, national park and tagged Coltsville, CT, history, national park service, Samuel Colt. Bookmark the permalink.

1 Response to An American gun story